The Grapes of Wrath - John Steinbeck

One of the main reasons why i started this blog was to share my views on books with others. With that in mind, I will have a running review of all the books I read, along with an active list of what I'm reading now. With that in mind, I'll start with the first book I read in 2007. 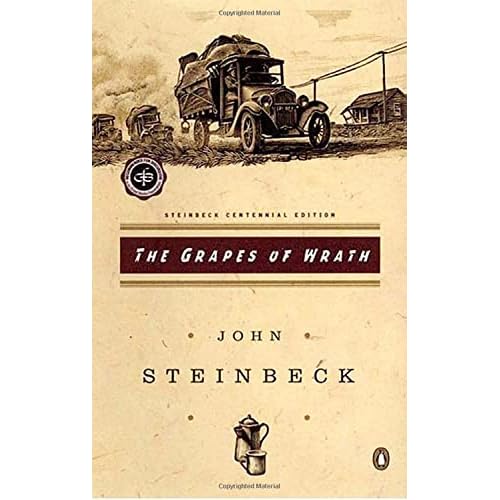 I begin 2007 with a bang! I was fortunate enough to read this book in California, on my New Year's trip to the Rose Bowl. Driving from San Francisco to LA, we drove past Salinas, the birthplace of Steinbeck, and through the Monterrey Peninsula where a number of Steinbeck's works are centered around.

Steinbeck claimed that his aim was to rip out the reader's feelings and leave them left empty of emotions. The Joad family encounter so much hardship that I was left with a sense of renewal by the end of the novel. There is a degree of hope that somehow pervades the pages despite the overbearing gloom.

Part of Steinbeck's true literary genius is his interchange between the general and the specific. The novel's chapters alternate between the Joad family's personal story and the generic account of life for migrant workers in the 1930s. This helps to remind the reader of both the scope and the degree to which this personal story was experienced on a national scale.

Radcliffe Publishing voted Grapes of Wrath as the best book of the 20th Century. For now other reason than to find out what it is all about, I would strongly recommend Grapes of Wrath to any and all readers.
Posted by Anonymous at 22:50

You're on the radar now buddy, congrats.

read that book last year. Great ending.
It's so easy to sympathize with Holden Caulfield.

When forced to read this book in high school, I was one of the dismal few of my classmates finding the story oddly soothing and appreciating the portrayed experience. Finally, I can feel more secure knowing I am not so very alone. Thank You!